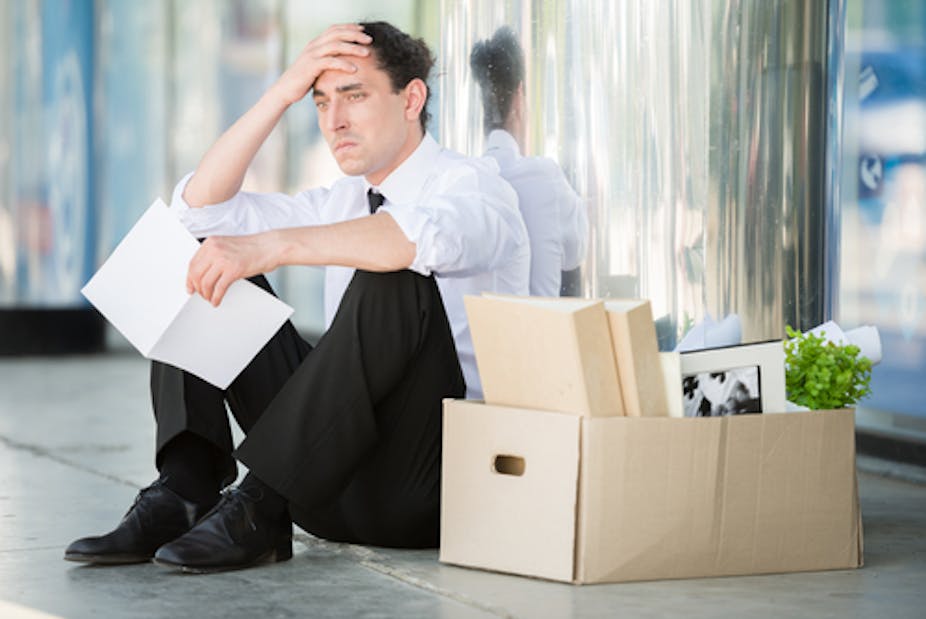 A few years ago, my job was thrown into an upheaval. The director of the company decided it was time for him to retire (he was actually pushed out by the board) and the company began shopping around for someone to replace him.

It was a time when I had no idea if I would have a job from one day to the next, simply because the job I do can realistically be replaced by a relatively inexpensive computer program or the tasks assigned to me could essentially be reassigned to a full time person with the stroke of a pen.

The reason I’m writing this post today, though, two years later, is I just got the word that the individual that had ultimately been given the job as director, well, he died yesterday. Now I didn’t know the man very well, I’ve really only spoke with him two times face to face (I work in the office during off hours and rarely see other employees), and only a half dozen times via email. Of course, its a tragedy when anyone dies, though he was rather ill so it might not be that much of a tragedy if he was suffering. But, I can’t help but find myself back there again, wondering, a little more anxious than I really care to be, about my own job prospects on the near horizon.

So, let’s jump in and see what calculous I’m looking at, how I will fair if I am let go in the future, and what’s next for me in this godforsaken world…

END_OF_DOCUMENT_TOKEN_TO_BE_REPLACED

!! Theology Segment !! Bible Tools for Every Budget ? Making a Business of the Church and that Pesky 1 Pe 5:2 !

An email came into my inbox the other day from Logos.com, the company that developed the Logos Bible Software. Now, if you follow this blog at all, you know that I’m not really a great admirer of this program, though I do use it as my primary Bible software currently. I would love to use Olivetree or TW5 or some other free or cost effective program, but they just do not have the features that Logos does. Despite this, I don’t think the tool and feature set that Logos does have really justifies the prices they demand.

So, let’s jump in and see if Logos really does provide “bible tools for every budget”….

END_OF_DOCUMENT_TOKEN_TO_BE_REPLACED

!! Philosophy Segment !! In Search of a Wife ? My Views on Dating, Relationships, and My Prayers for a Spouse ! 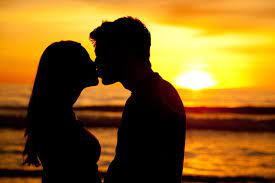 It does seem a bit odd, doesn’t it? How can I be writing a blog post about what I would want in a wife if I’m focused on the celibate life and am in the process of building a remote hermitage where I plan to spend the rest of my life in solitude?

Well, like most things that have to do with relationships and other people, it’s just a little complicated, right? Actually, if being honest, it’s less complicated than it is improbable. Given the state of the age and culture we are living in, the fact that secular people are having a difficult time finding someone they have a connection with, there is simply no way I would be able to find someone who could meet my expectations.

But, what does Paul say? “That which is impossible with man is possible with God” (Luke 18:27). So, I’m going to take this post to discuss a little bit about what has been going on in my personal life, where I see myself in the future, and what characteristics I would desire in a potential future mate.

Let’s jump into the impossible…..

END_OF_DOCUMENT_TOKEN_TO_BE_REPLACED 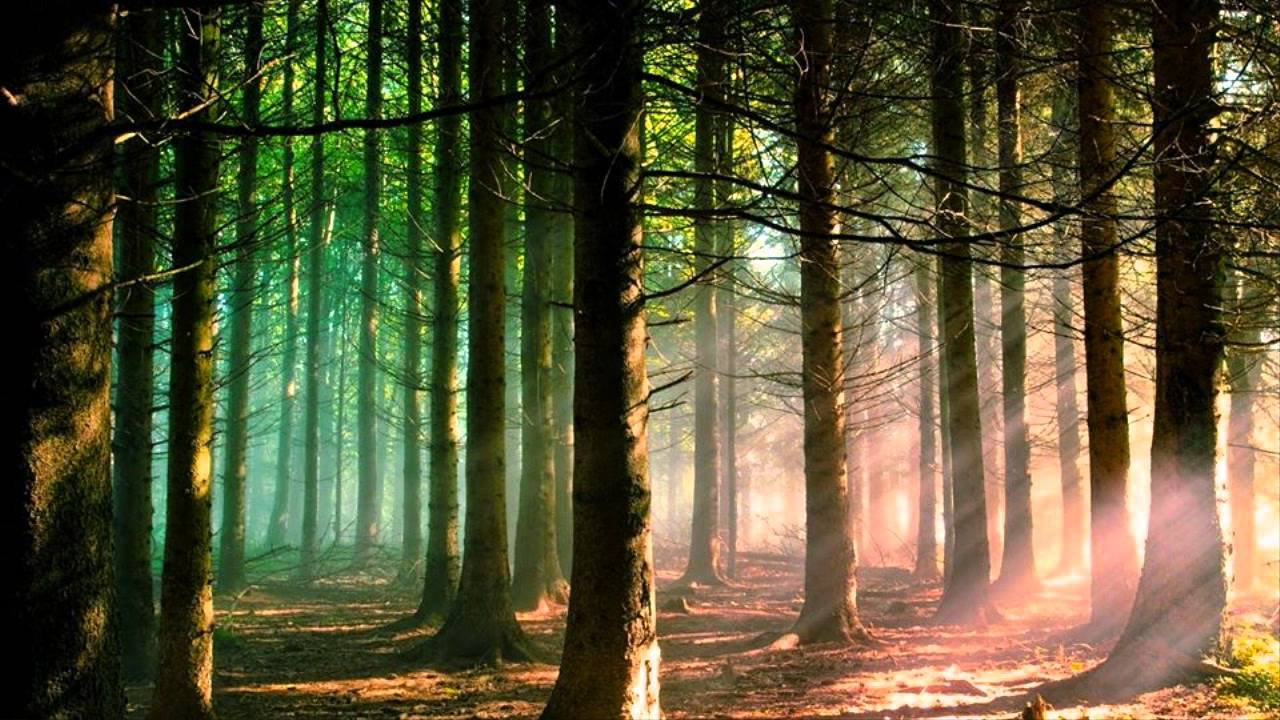 Finally, after seven long months, I was able to return to the Eden Property to get a mental picture of what had happened (or not happened) over the winter, what if any damage was done to the temporary shelter, the deck, or the ramps or dock, and also so I could come away and make some decisions on what the future holds for Eden and also for myself.

So, let’s not fidget with our toes in the water. Let’s jump in and see what I discovered there, what will need to be done in the future, and what issues I’m currently wrestling with the are standing in the way of my ultimate goals for the property….

END_OF_DOCUMENT_TOKEN_TO_BE_REPLACED 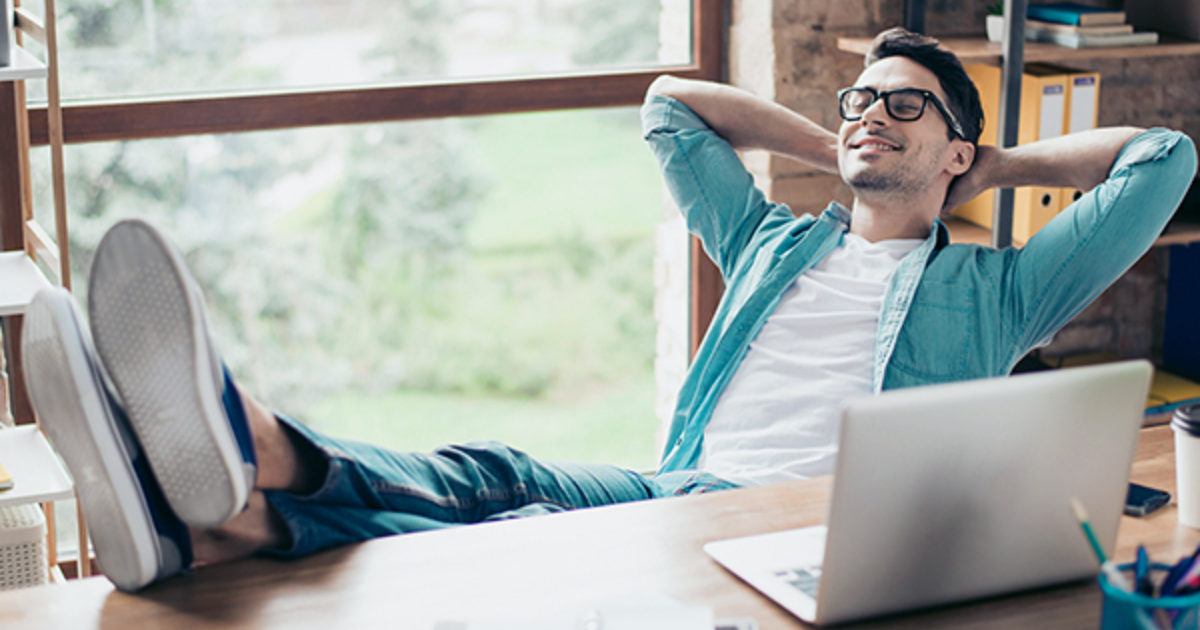 Today I stumbled across a YouTube video that I found interesting. It was talking about how, as unofficially part of the Great Resignation (which I think the GR is also pretty much unofficial as well), another trend has been occurring lately. This is, a great slow down, or what they are calling the “quiet quitting.”

It struck me because I actually made this choice myself about 3 years ago, right after I had a heart attack. Now I can’t contribute the heart attack to anything other than a life-long poor Western diet and maybe some genetic abnormalities, but my heart attack was the third one at my company and there was actually another one about a year after mine.

So, I think it could be safe to say that my job had some built in stress to it. Actually, it was all artificial (in my opinion) but that will have to keep for another article.

Suffice it to say, I needed to make some changes in my lifestyle and I chose to make those changes at work with a massive slow down and removal of literally all work related stress.

So, let’s jump in and see what all this talk about quiet quitting is all about….

END_OF_DOCUMENT_TOKEN_TO_BE_REPLACED

This morning I was listening to James White’s latest episode while I was getting ready for work and he made a comment that I found a little frustrating.

Commenting on some of the content I listen to or watch online is something I’ve wanted to start doing more of, so here’s a good chance to jump in and talk a little about some of the issues I have with religion generally and the blinders we typically wear when pointing at others.…

So, let’s jump in and discuss….

END_OF_DOCUMENT_TOKEN_TO_BE_REPLACED 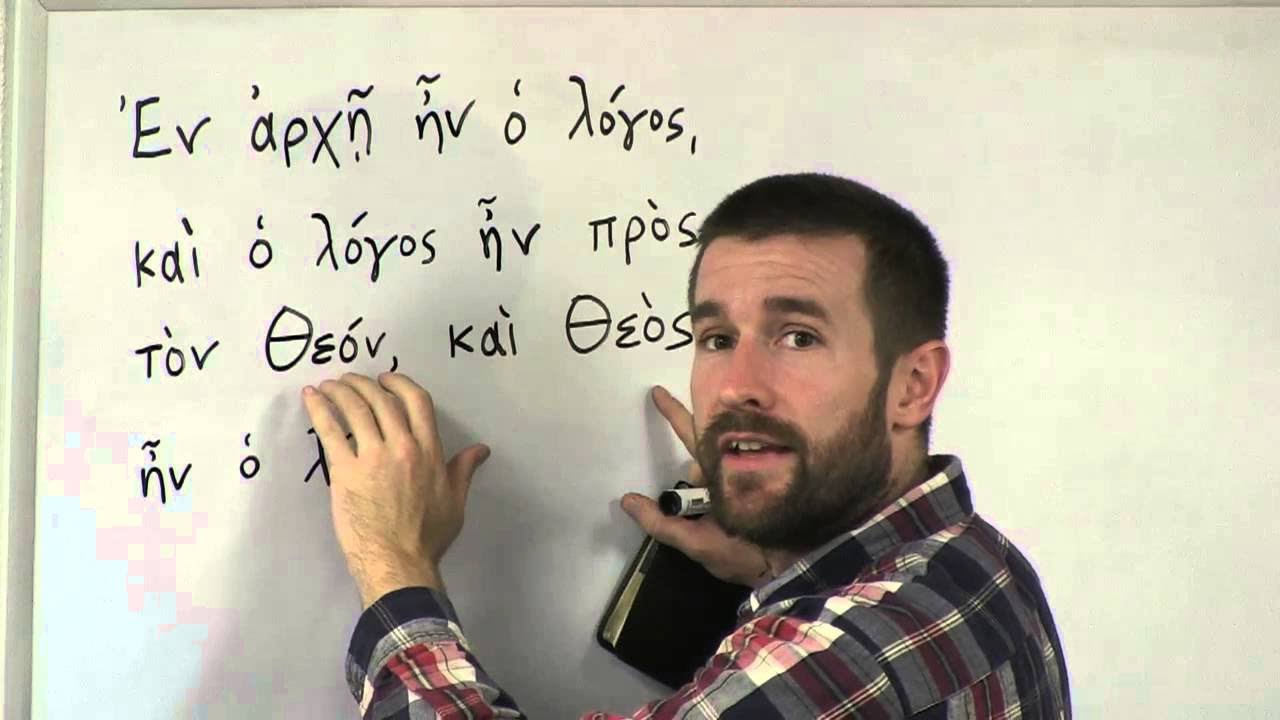 As I started my previous Greek studies I stumbled onto a playlist on Youtube that had video lectures and Skype calls with none other than Steven Anderson teaching Biblical Greek. To my surprise, Anderson is “fluent” in Koine Greek and he even put together a documentary focusing on him and Agros Church pastors going over to Greece to witness to people from the Greek New Testament.

Now, I don’t know about all this hoopla. I think it’s a little far fetched to be doing this (it has no draw for me even in English), but each to their own. But, I did find the Greek lectures quite interesting and mildly helpful to a minor degree. Unfortunately, all of Steven Anderson’s videos were deleted from Youtube because of censorship, but I’m glad I was able to go through all the videos in the playlist save, I think, maybe one.

So, let’s talk about what the benefits were of the lectures, what he covered, and some impressive facts about the preacher that everyone loves to hate…..

END_OF_DOCUMENT_TOKEN_TO_BE_REPLACED 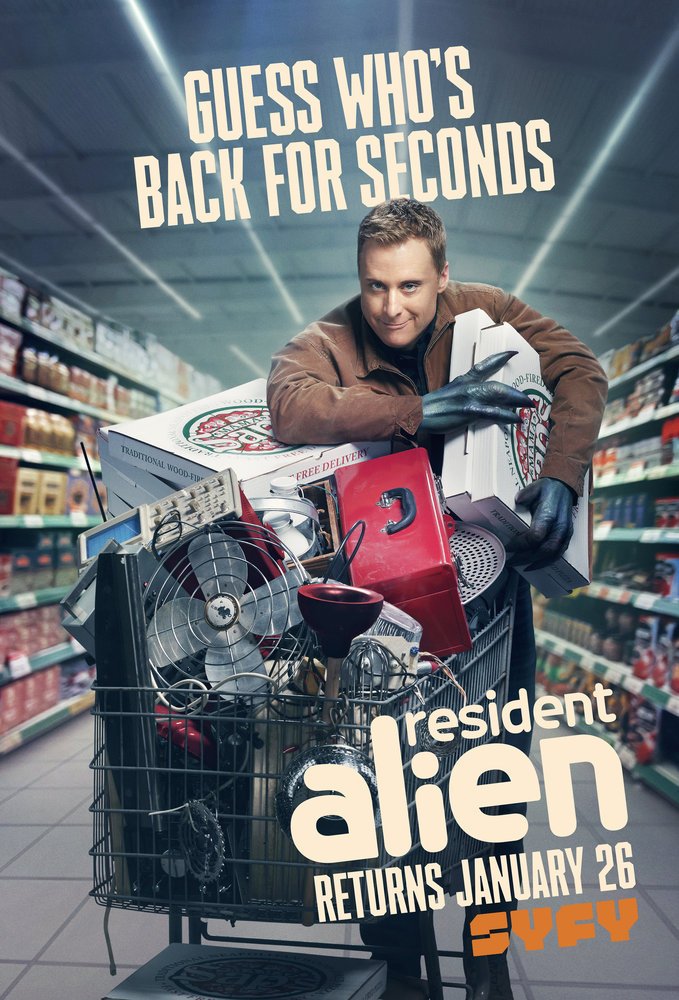 Rarely does a new TV Show capture my interest and attention like Resident Alien did. I was not aware of it when it first came out. In fact, the entire first season had wrapped airing by the time I found it online and proceeded to binge watch it. Boy was I thrilled when I discovered what a rare gem it truly was.

So, let’s jump in and see what I’m talking about…

END_OF_DOCUMENT_TOKEN_TO_BE_REPLACED 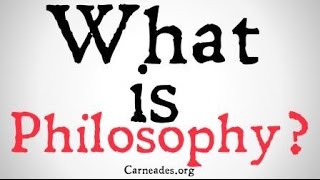 In this post I want to talk about an article I stumbled onto the other day concerning the dire condition of academia in general and the growing trend that seems to be taking hold cross academia and in seminaries as in some instances who Philosophy departments are being scuttled due to low interest.

Those who follow my blog and this podcast know that I recently finished my ThD in Christian Philosophy. Luckily for me, I knew this situation was happening before I ever selected a seminary so I knew what I was getting into. Many, though, enter into graduate level programs across the country without first determining what will happen once they graduate and enter the workforce (or try to).

After reading this article I did a little more searching and confirmed that this is a trend happening.

So, I say it’s a good topic to discuss and want to kind of dig in a little here and find out maybe why this is happening and what it might say about our culture today, our seminaries, and what it means for the individual who is seeking future employment in the ivory tower……

END_OF_DOCUMENT_TOKEN_TO_BE_REPLACED 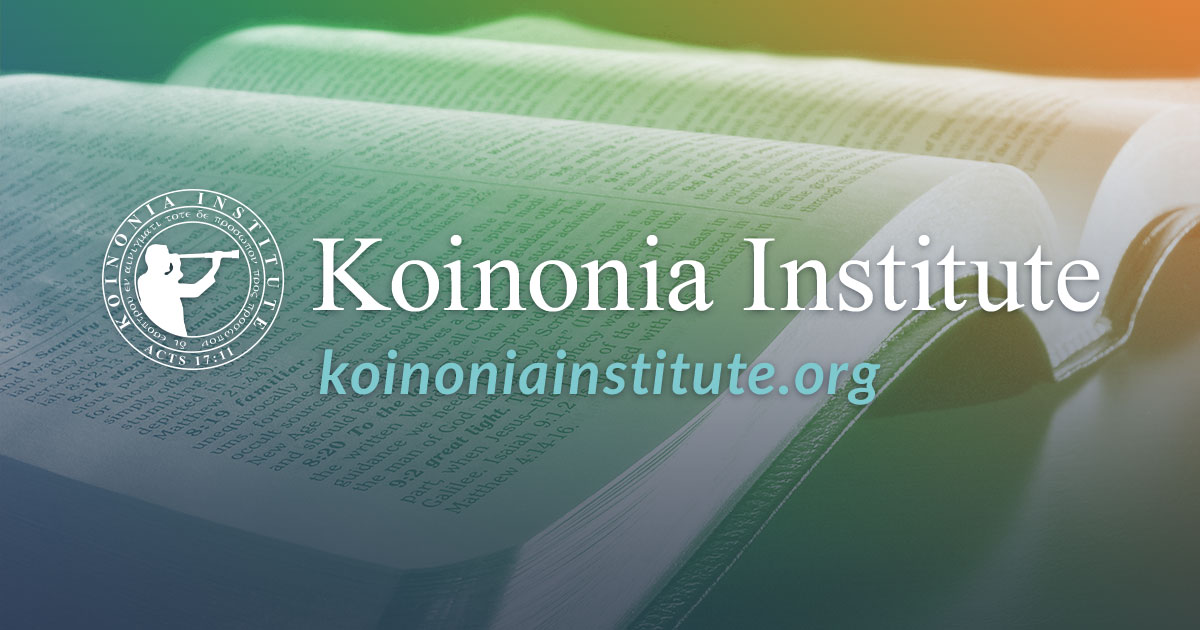 In this post I would like to talk about an alternative model to the high priced regionally accredited seminaries model we find dotting the globe today, one that can provide you an even better biblical education for little to no money at all.

For awhile now I’ve been taking courses at the Koinonia Institute. It was a “learning center” started by Chuck Missler in the hay-day of K-House, the ministry that supports KI. Now that I’ve been enrolled for awhile (and have been using Missler materials for years) I can attest to the quality of the lectures as well as much of the doctrinal foundation on which it rests.

So, let’s jump in and find out how KI can serve as an alternative to the traditional seminary education….

END_OF_DOCUMENT_TOKEN_TO_BE_REPLACED

There are few books that I’ve read in my life that have really stuck with me. In adulthood, there have been virtually no fiction books or novels that have touched me in any significant way. Nothing like when I was a kid. Back when I was 13 or 14, I would spend summers on my bed reading book after book. I would get up in the morning and ride my bike the two miles down to the library to check out books after scouring the stacks. I loved it.

I honestly can’t remember when I read Lightning for the first time. It must have been in high school. I don’t recall discovering Dean Koontz before that. But I can say that no story has ever really affected me so profoundly as this one did.

So, let’s jump into the book and explore the world Koontz created. I can’t wait..….

END_OF_DOCUMENT_TOKEN_TO_BE_REPLACED

Not long ago a video popped up in the sidebar from youtube’s algorithm when I was looking up “god of war” (I was searching for the Exodus 15:3 reference). I clicked on the video out of curiosity because it was titled God is Actually a War God. I mean, why wouldn’t I click on that, right? Not to mention, the guy pictured in the thumbnail looked like a reject from the 1980’s movie, Lost Boys.

So, let’s dig into what “Morgue” had to say about the God of the Bible….