It’s actually been a subject of interest of mine since I was young. In fact, I’ve always had a kind of passion if you will for death, despite most people thinking such things is a bit macabre. Personally, I think it is an essential aspect of life that an individual should seriously and soberly consider. If not, then there really is no way to actually live in this life we have been given (or by which we have been cursed).

In undergrad I spent much of my self-directed time studying the Native Americans of the Pacific Northwest, most specifically a particular tribe on the western coast, and a subset of that tribe that lived on a natural lake. This subgroup of natives all died before whites ever stepped foot on their lakeshore, having died from small pox years before their lands were ever colonized. It was the same lake that my parents had a cabin when I was a child and we would spend summers there with family and friends. After my cousin one day found a stone cooking bowl when we were out exploring I was from that day forward mesmerized by the idea of these people who had lived on that same land so many lifetimes ago. Their death and their unknown and unknowable lives would serve as inspiration for me from then on.

In my Master’s Program, I moved away from the Native American focus toward more general definitions and descriptions of death and more specifically the Intermediate State, that period butted between death and the resurrection of the dead. Such an oft forgotten or blatantly ignored subject by the pews of modern Christianity, it is a core component to a biblically grounded worldview. It would later become a central theme in my dissertation and, as I said, it now holds a crucial place in my independent research.

So, let’s jump in head first and explore all there is to know about death, about the intermediate state, and what it means for you and me….

END_OF_DOCUMENT_TOKEN_TO_BE_REPLACED 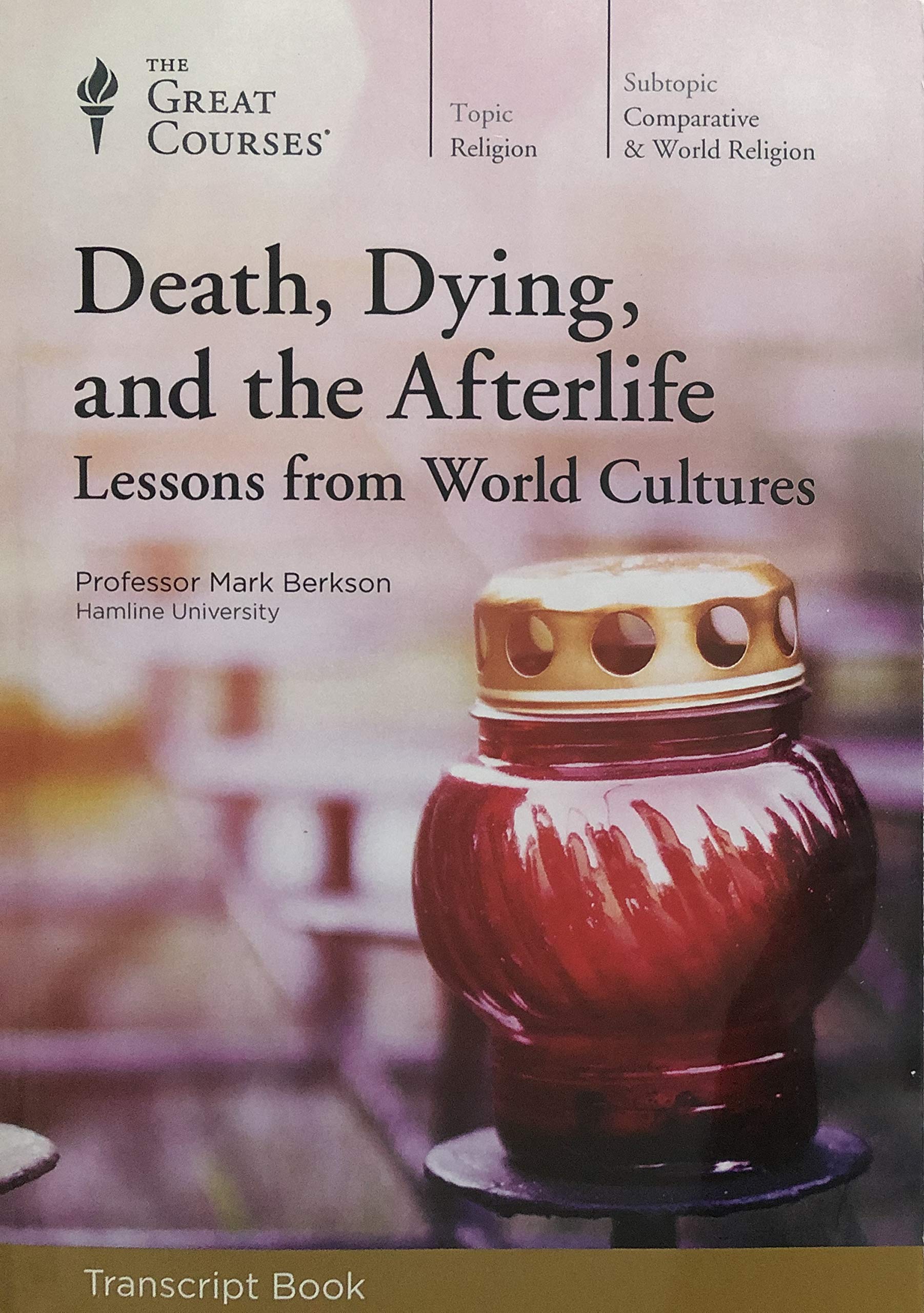 Quite awhile ago, maybe a year or more, I started the Teaching Company course, Death, Dying, and Afterlife. Most of the lectures I completed during hour long walks down by the beach or out on the Eden property while digging the hole that would/will one day, hopefully, become my monastic cell, a simple shelter or small, dugout cabin.

It was not until I was halfway done with my ThD program that I managed to finish the lectures. Of course, this series was also part of my Unschooled Master of Theology Program, so, it’s probably a good idea to write up a review.

Let’s jump in, then, and find out what this course is all about…

END_OF_DOCUMENT_TOKEN_TO_BE_REPLACED 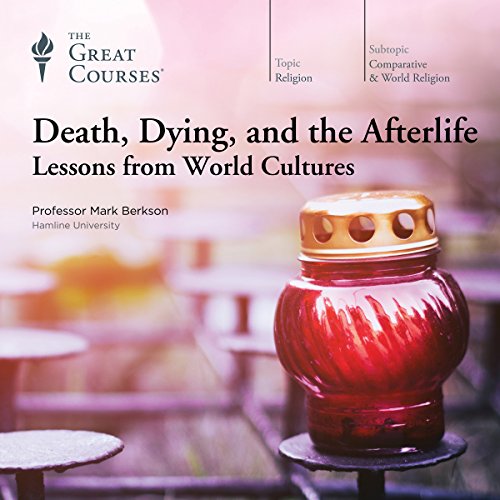 Several months ago I started a Teaching Company course titled Death, Dying, and Afterlife and despite several false starts and middle of the road stalls I finally finished all the lectures and now that my ThD program is finished I am finally able to complete the assignment for this course. This course is part of my Unschooled Master of Theology program.

So, lets jump in and see what there is to learn about death…

END_OF_DOCUMENT_TOKEN_TO_BE_REPLACED This evening while watching a Theology Program lecture (about death, actually), I wandered over to the Credo House Blog and found the recent blog post by Michael Patton entitled, “For Christians Who Want to die.”

My first response was, “Well, I want to die! This article was written for me!” So I clicked the link and started reading, and that subsequently prodded me to write a response.

Although it’s not directly part of my Unschooled Master of Theology program, it could be considered tangential in some ways. Especially since one of the main research questions for my program centers on the nature and reality of death (albeit not necessarily on suicide but it’s close enough).

So, let’s dig into Michael’s article and see what we come away with…

END_OF_DOCUMENT_TOKEN_TO_BE_REPLACED

I’m getting to the end of the books I recently finished as part of my Unschooled Master of Theology Program. You can check them all out here. This book in particular was okay. Not really impactful, but it was still somewhat informative. The book is When We Die, by Cedric Mims, a discussion of the science, culture and ritual of death.

END_OF_DOCUMENT_TOKEN_TO_BE_REPLACED

!! Book Review !! Confrontations with the Reaper – An Interesting Exploration of the Value of Death !

As you might have figured out, I recently finished reading several books as part of my Unschooled Master of Theology Program. You can check them all out here if you would like.

Unfortunately, the results were less than stellar on many of these titles. Most were quite disappointing. So, I guess my reviews make up a list of what not to read if you’re interested in what to avoid.

Though I’m chomping at the bit to really dig into and explore my research questions properly, I think it’s important to do my due diligence and document my progress, even the blind alleys and failures.

The book I’m now reviewing is much closer to my research subjects than the first several I’ve already reviewed thus far. This one, Confrontations with the Reaper by Fred Feldman, a Professor of Philosophy at the University of Massachusetts, Amherst, was an interesting read, to say the least.

So, let’s jump in and see what this one is all about….

END_OF_DOCUMENT_TOKEN_TO_BE_REPLACED

What really happens when we die? Do we take an express elevator to heaven or hell, whichever we deserve, as some claim? Or, do we just drift off into a blissful, seemingly never-ending sleep, until we’re awakened again at the resurrection and have to give account for all we’ve said and done?

It’s a peculiar question, fraught with and mired down by a lot of deeply entrenched tradition, hazy folk theology, and creatively interpretative biblical gymnastics.

But, it’s a topic I really wanted to take on when the professor of my Death Course at Yale brought it up in one of his lectures.

So, I made it the subject of one of my papers I wrote for my Unschooled Master of Theology Program (uThM), and I’m kind of surprised with the conclusions I’ve reached.

(You can read all of my assignments and see the coursework I’m undertaking for my uThM program here.)

So, let’s try to answer the question: Is there validity to the concept of soul sleep?

END_OF_DOCUMENT_TOKEN_TO_BE_REPLACED

Did Jesus come back to life, soul, spirit, and body? Or, did he just manifest himself to the disciples as an ethereal spirit, a kind of ghostly apparition that could walk through walls and vanish into thin air – you know, all the things any self-respecting ghost could do?

It’s a question that has occupied many a theologian and not a few philosophers over the course of human history, and it’s something I tackled in this paper I wrote for my Unschooled Master of Theology Program (uThM), and I discovered the bible actually has quite a lot to say about it.

(You can read all of my assignments and see the coursework I’m undertaking for my uThM program here.)

So, get ready to have your mind blown as we answer the question:

Is the Bodily Resurrection a viable philosophical proposition?

END_OF_DOCUMENT_TOKEN_TO_BE_REPLACED

Does the soul exist? If it even does, what is it exactly? Is it part of our bodies? Somehow separate from them? When we die, does our soul die with our bodies or does it continue on? Can we know anything about the soul?

In this paper I wrote for my Unschooled Master of Theology Program (uThM), I wrestled with these and other questions about the existence of the soul and came to some interesting conclusions.

(You can find out more about my uThM program by clicking here as well as read all of my assignments and see the coursework I’m undertaking here.)

So, dust off all those old presuppositions and blind beliefs you’ve been carrying around with you, and let’s dig into the question:

Do you have a soul?